Seek Your Light
Moths are known to be attracted to light, but one young moth took it to extremes and fell completely in love with a bright star high up in the sky.
Other moths tried to reason with him, telling him that he’d never reach the object of his desire and that he should pick a closer, more attainable goal – like a porch lamp or a candle or a campfire. But the moth wouldn’t be deterred.
So one by one all the other moths went off in search of “practical” targets, and one by one they burned out in pursuit of the goals they chose. But the moth sailed up into the sky, never reaching his star, but living a long and happy life in pursuit of his dream.
Sometimes a goal that’s seemingly out of reach can give more than you hoped for. 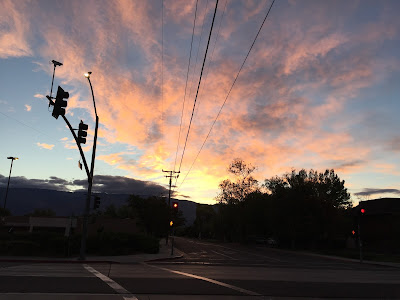 When I grow up I want to be...
to be a channel
to be a spokesperson
to be the host
to be the guest
to be the leader
to be the servant
to be in the flow
to be charitable
to be giving
to be free
to be in nature
to be authentic
to be caring
to be compassionate
to be beyond fear
to be faith-full
to be a speck of dust
to be the universe
at January 19, 2017 No comments:

The Newest Album, just for you

GKahn
Los Angeles, CA
George Kahn plays "West Coast Jazz" in its truest form. In addition, he works as a Mortgage Banker in Los Angeles, with 30 years of experience in that business. With 9 albums released on his own record label (PLAYING RECORDS), and a 10th on the way, you would think he would have learned his lesson by now - but NO!

The Pursuit Of Passion

Now available on Amazon.com and your local e-reader

I CAN SEND THIS DAILY BLOG TO YOUR INBOX

If you would like to be added to the Passion Party, you can email me at
gkahn@mortgcap.com
and I will add you to the list.

Or join me at the "5 O'Clock Club". (You must be a member of By Referral Only to enter this site)

What is Derek up to?